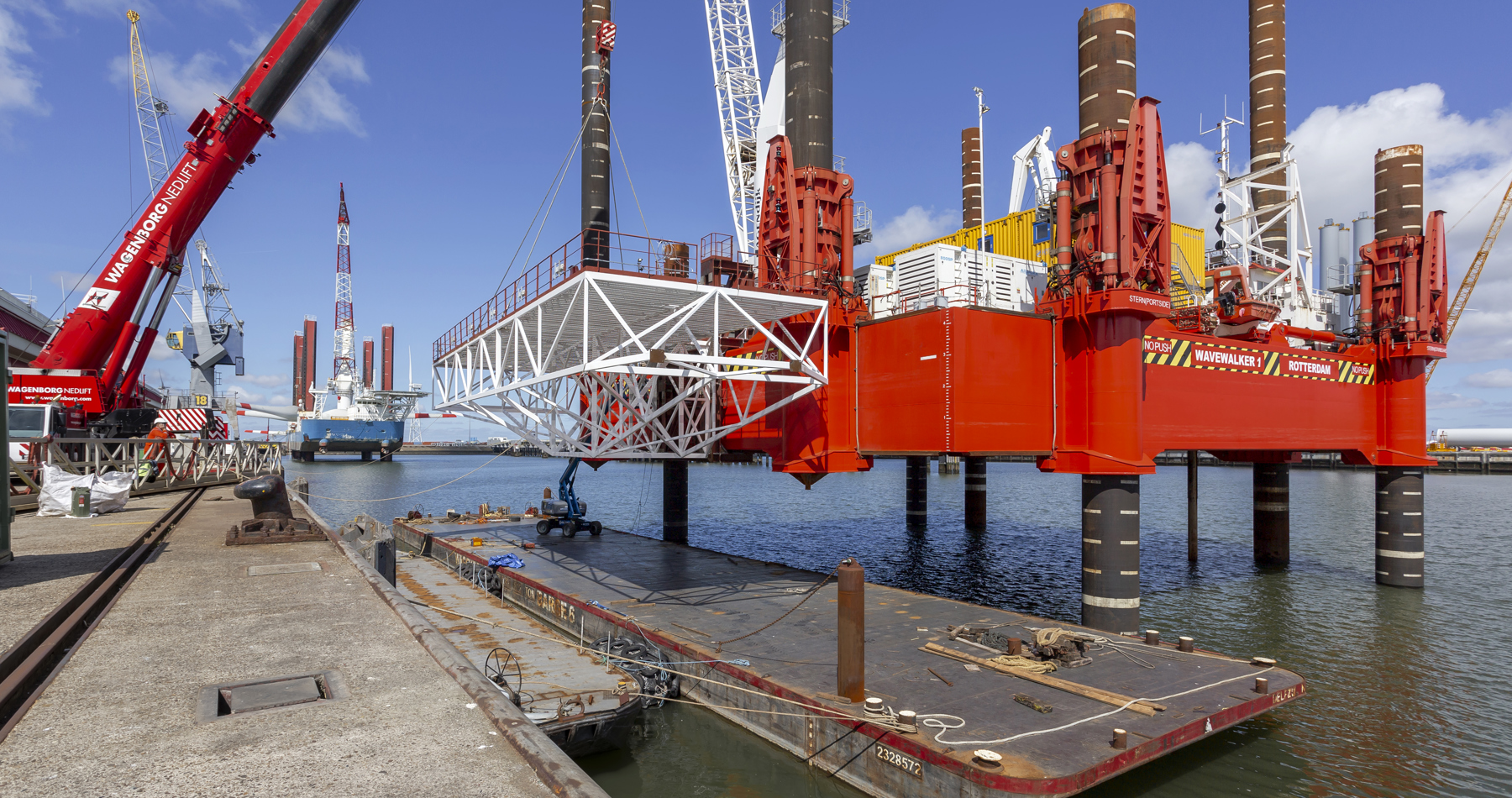 The 8-legged walking jack-up WaveWalker was mobilized at the quay side in Eemshaven. Wagenborg played a major role in this mobilization since a variety of support services was required.

Recent weeks the 8-legged walking jack-up WaveWalker was mobilized at the quay side of the Wagenborg terminal in Eemshaven. During this mobilization, the Wavewalker was prepared for a pipe-laying project for Prysmian. Wagenborg played a major role in this mobilization since a variety of support services was required.

The main goal of the project was to equip the WaveWalker with a so-called ‘cantilever deck’. Sounds easy, but in practice there are a lot of Wagenborg companies and expertise involved. Wagenborg Agencies, who took care of all customs for all deliveries of supplies, was responsible for the complete coordination.

First of all, Wagenborg Stevedoring makes the quay available and assists with a foreman, harbor crane and other works on the quay side. On this terrain a C-frame was constructed to hold the cantilever deck at the WaveWalker. Talking about construction: this was engineered by the engineers of Wagenborg Nedlift, who also provided several mobile cranes up to 500 tonnes during the mobilization.

After this successful installation, the mobilization came to an end and the WalkWalker left the Wagenborg terminal in Eemshaven.