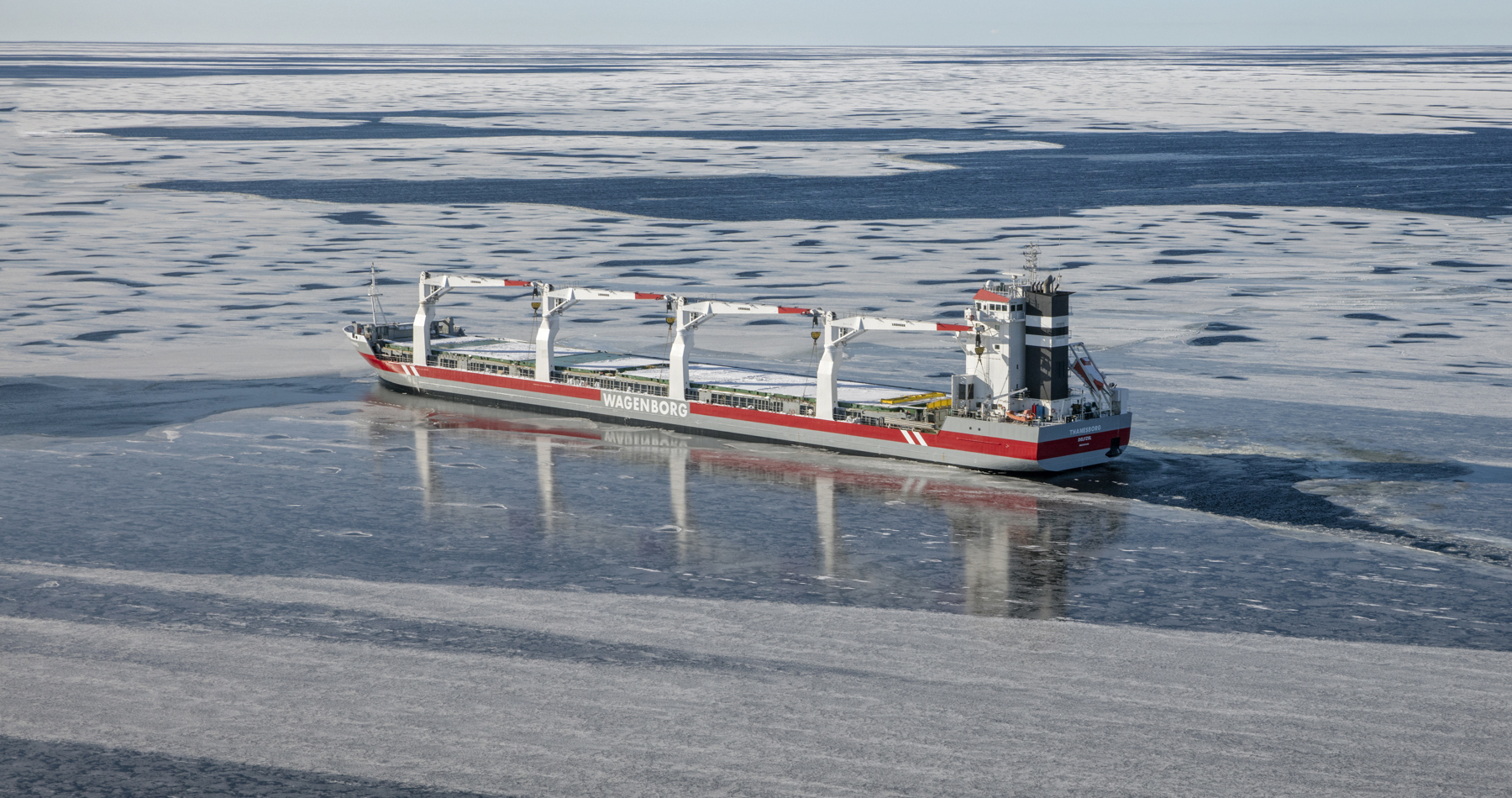 The MV Amazoneborg travelled from China to Canada via the Northwest Passage, while the MV Thamesborg sailed the exact opposite route from Canada to China. The route between China and Canada through the Northwest Passage is some 3750 nautical miles shorter than the traditional route via the Panama Canal, resulting in about 14 days less sailing and thus a reduction in emissions of over 40%. In 2016, Wagenborg was the first European shipping company to traverse the entire North West Passage without the assistance of icebreakers.

The Northern Sea Route (NSR) is a shipping lane between the Atlantic Ocean and the Pacific Ocean along the Russian coast of Siberia and the Far East. The MV Atlanticborg was nominated as Wagenborg first vessel to sail this route. After loading in Tornio (Finland) and Flushing (the Netherlands) the vessel sailed northwards instead of the traditional route via the Suez Canal. The distance between Northern Europe and China via the Northern Sea Route is approximately 40% shorter than via the Suez Canal. This results in substantial reductions in transportation time, fuel consumption, environmental emission and eliminates piracy risk.

Vessels build for operations in ice

Built to meet the Finnish/Swedish ice class 1A (IACS Polar Class 7), the Amazoneborg, Thamesborg and Atlanticborg are suitable for summer and autumn operations in first-year ice. This ice class designation makes them suitable for worldwide operations, including in ice-covered waters such as the St Lawrence Seaway, the Baltic, the Canadian and Russian Arctic. For the arctic voyages all vessels comply with the Polar Code, which demands high standard of both ship and crew in arctic conditions. All ships were equipped with state-of-the-art preventive measures to detect any unforeseen deviations in the route. These included extra ice searchlights, an additional echosounder, and Iridium satellite communication. Also an ice-navigator joined the bridge teams to advise during the transit.

As one of the Netherlands’ largest shipping companies, Wagenborg has always been a pioneer. Successfully sailing arctic shipping routes means that it is still a leader in terms of development. Being able to sail these challenging arctic routes marks a new milestone for Wagenborg, one that we couldn’t have achieved without the extraordinary preparation and support of the company’s shore-based team and the captains with their crew for their safe and efficient navigation.