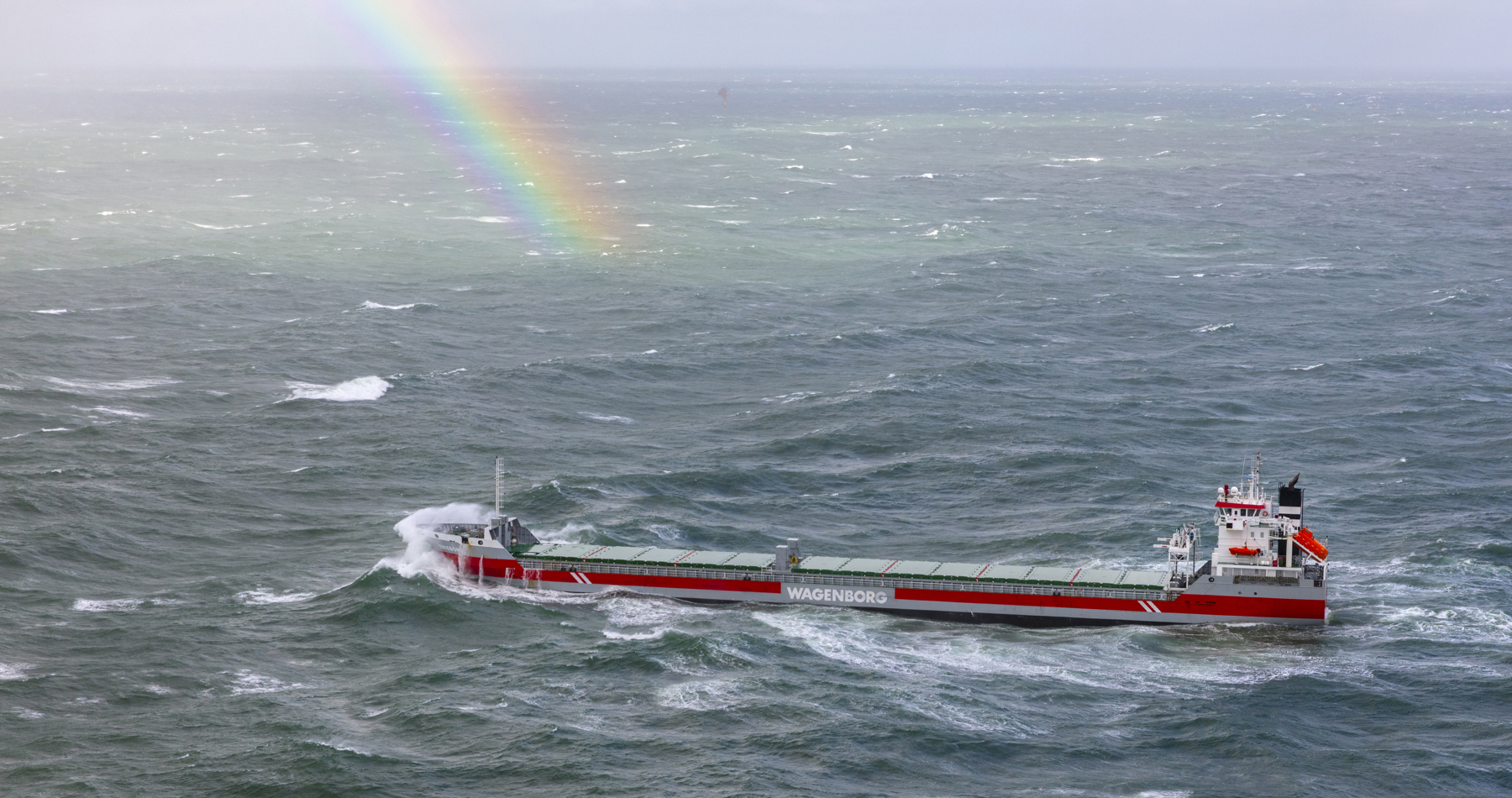 In the clutches of Corona?

Months away from home, stuck on a ship where you could have disembarked if only you were allowed to, food and medication running out and no direct contact with your family all that time. Covid-19 has trapped hundreds of thousands of crew members at sea for many months. They are accustomed to an extended stay away from home, but not this long. According to the most recent estimations, around four hundred thousand crew members are stuck on ships they are not allowed off. This is a massive number in a sector which employs around 1.8 million people. It has however become daily reality, also for Marianne Klat, Senior Crew Manager at Wagenborg in Delfzijl.

As the coronavirus increasingly started to take its toll in March, Wagenborg saw no other option than to stop crew changes. Marianne Klat (35). “From crew management we called all our ships in order to let them know we were there for our crew members. You can’t just leave people on board without information, you need to say what must be said as honestly as possible. Also to those waiting at home. They need to know that you are working for the crew members, but also that you’re faced with new or amended measures almost every day.”

“With the knowledge that all shipping companies and crew management organisations are facing the same problems, it soon became clear that this would be an immense challenge”, explains Klat. Together with her colleagues in Delfzijl, St Petersburg and Manila, she is faced with the almost daily recurring challenge of getting more than 500 crew members on and off board. “Communication is just essential,” says Klat Generally speaking, there is a crew switch between crews on cargo ships every so many weeks or months. In shipping, we work according to a “man-for-man system”. A new crew member only comes on board once another crew member is ready to leave.

“Our principle is that the Covid-19 virus must not get its clutches on a ship that sails worldwide. In the ports therefore, the only people allowed on board are dockers and port workers, and essential services are organised according to a specific official protocol. Apart from that, nobody else is welcome. And while every possible measure is taken, we simply cannot guarantee that the virus won’t sneak on board via the gangway anyway.” And even though there were crew members who needed to be released in mid to late March, this was unfortunately impossible at that time. With a sense of safety first, this was very well received on board and also at home among the people waiting to start their new term of employment.

Crew changes? But where…

Klat: “Wherever this was possible, we were luckily able to start crew switches again by mid-April on a very limited scale. Things are also becoming somewhat easier in most of the European ports at the moment. The people going on board are provided with packages of gloves, face masks, hand gel, etc. in order to keep a good stock of protective equipment on board the ships.”

We check with the ship’s agent per country and per region to see what is easiest and where there are options for crew switches. “We may well have our wishes, but let’s not forget that the aviation industry is also affected. So there you are with one or more crew members. You’re dependent on assistance from the various authorities, though they too often have their backs up against the wall. Our Dutch crew members generally only spend three months on board”, explains Klat. “Instead of those three months, this became four, five and occasionally even six months.”

Klat: “There is virtually no more lockdown on crew switches, also because flights are more regularly available and because we can now test crew members. Despite results are more readily available there are still visa requirements, or countries unwilling to welcome foreigners. Official bodies and authorities (worldwide) who are unable or unwilling to cooperate.” As an example, Klat mentions the fact that Wagenborg had a crew switch in Philadelphia which went entirely according to plan. Two days later, a Wagenborg ship docked at the same quay for a planned crew switch. They were refused, without any statement of reasons. The crew going on board were allowed on board, but the departing crew members were refused. “Call it what you like. Arbitrary officialdom? Extremely frustrating!” says Klat.

Repatriation of Vietnamese crew members is in a league of its own. They must personally register for a specified official government flight, generally while they are still on board their ship. They then play the waiting game to see whether they will be allowed access to Vietnam. “It’s a bit of a lottery, whether they’re accepted or not. In the event of a negative decision, an identical procedure starts from the following country where the man in question hopes to be signed off board. There is no certainty any more. That simply isn’t fair!” according to Marianne Klat. “At some point or other, people need to go home, also because tiredness becomes an issue.”

This crew manager is absolutely adamant about the fact that crew members are very understanding of the situation. The atmosphere on board the ships is good, and people support each other. So far, there has been no instability, no tempers, no treading on toes. On board and at home, everyone is aware that the situation needs to be dealt with. Wagenborg makes every effort to keep things running smoothly where possible, despite the extra (travel) expenses when the trip must be diverted.

Looking back on these difficult times, Wagenborg was able to release all its crew, with an exception here and there. Wagenborg could and still can meet the sailing schedules of the ships to a reasonably good degree, even with the rotations of Dutch and Eastern European crews. “We are delighted with what we’ve been able to achieve so far. In the early days in particular, we were considerably less positive about the situation into which we’d suddenly been launched. What will the future bring? We’ll soon see. The holiday season is nearly upon us. Our unwritten rule is that you are home for the holidays once every three years. Will we manage that this year? Together with all our crew members and my fellow crew managers, I sincerely hope that we are sailing into a healthy future, without Covid-19!”