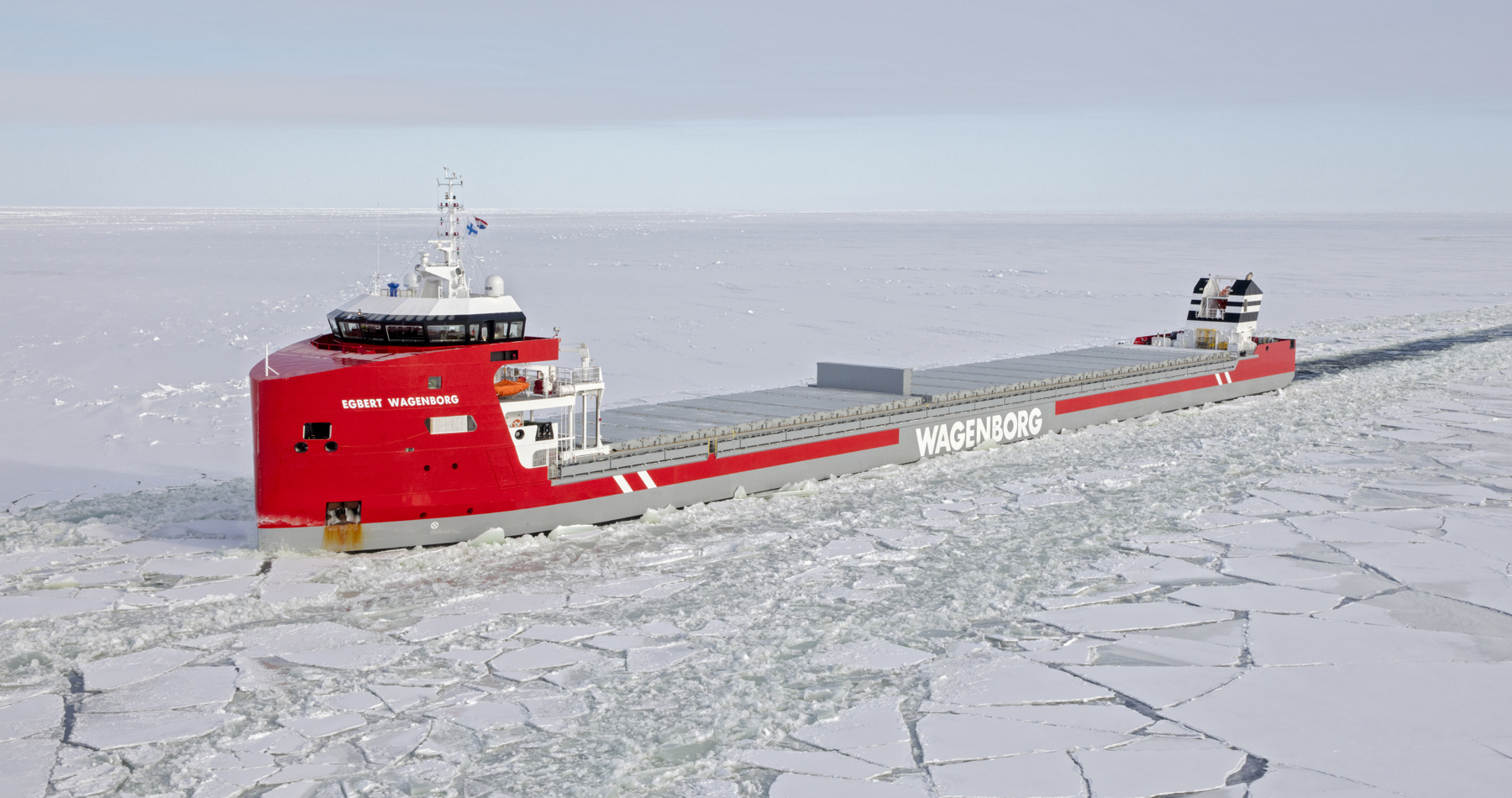 Lower power output, greater efficiency and smarter shipping: for now, that’s the approach Wagenborg is taking towards the energy transition. “And in the meantime, we’ll be thinking very hard and testing fuel alternatives.” Fleet Manager Theo Klimp talks to us about accepting responsibility in these unusual times.

“We’re actually living in very unusual times, we’re witnessing history being made,” says Theo Klimp. Unusual – but difficult as well. Theo compares the challenges of the present day with the previous transition from sails to coal and then to diesel. “There were shipping companies then that swore, right up to the bitter end: I won’t give up my sails. And they didn’t survive. But the companies that went all out for coal didn’t survive either, because in the end their technology was superseded by diesel.” The question back then was the same one we are asking now: Which horse are you going to bet on, which trend are you going to follow? And when? One thing is certain: standing still is not an option. “We at Wagenborg believe it’s important to accept responsibility and to play a role in the sector. These are issues that affect us all, and they have a huge impact on our fleet and the fleets of our captain-owners. But there’s strength in numbers.”

Theo explains: “Wagenborg is a proud family business, but we don’t talk enough about what we’re up to. That might just be our nature because we’re from Groningen, but a lot goes on behind the scenes. And not just today – it’s always been that way. In 2000, for example, we were the first shipping company to use shore-side electricity for our seagoing vessels. Around this time, we also installed the first ballast water treatment and SCR systems in consultation with our customers. In 2015, we introduced GTL as a fuel, a first for a seagoing vessel. We’re also constantly working to reduce our carbon footprint. That means continuously striking the right balance between sustainability and commerce so that we can pass a healthy family business on to future generations.”

"You can take small steps, but they must always go hand in hand with a responsible business plan"

Wagenborg’s answer, for now, is to build knowledge and work more efficiently. For example, the Projects and New Build department, which Theo Klimp also heads, researches all kinds of technologies, both existing systems and systems still in their infancy. “We do this because we want to build knowledge about things that might be interesting in the future,” says Theo. “We’re working on projects with other shipping companies, suppliers, shipyards and research institutes.” Among the fuel systems we are tracking are methanol (“We are part of the methanol consortium”) and hydrogen. But in addition to “thinking very hard and running trials”, the most important route Wagenborg has chosen for the time being is to cut down on fuel consumption and operate more efficiently.

Wagenborg has already attained good results with its approach. “In 1995-1996, we had transatlantic merchant vessels capable of carrying 9,000 tonnes of cargo at a speed of 15 knots, with a 5,000 kW engine. We decided then to increase the size of our ships and decrease the power output. The first R-series, built by Ferus Smit in Leer, consisted of 23,000-tonne vessels with an output of 4,500 kW. When people heard what we were planning to do, they told us we were nuts and predicted that our ships would end up on the beach in Denmark.

But those ships performed extremely well, in part because we had chosen the right bow shape and propulsion. The Egbert Wagenborg (award-winning multi-purpose vessel built in 2017; a second one is scheduled to be built, Ed.) is actually the successor to the R-series. We also took a closer look at the aerodynamics and the hull shape. It has a combined capacity of 2,999 kW for a deadweight capacity of 14,000 tonnes. Compared to the 9,000 tonnes of 20 years ago, we’re already cutting carbon emissions by half.”

Real-time monitoring of fuel consumption, better route planning and just-in-time arrival are other components in our increasingly efficient approach. “A captain used to set off at full throttle and check how things were going halfway and perhaps switch to a slightly lower gear. And if he arrived a day earlier than planned, he could always cruise dead slow. But if he had travelled at a constant speed, he could have saved a lot of fuel. That’s the sort of thing we’re looking at.” All Wagenborg vessels have weather systems on board to determine the fastest, cheapest and most optimal route.

“We install monitoring systems on our ships so that the crew on the bridge - but also our people on shore - can check fuel consumption. We use the output as a basis for analysis: what deviates from our expectations, how can we help the crew? We’re not trying to pin the blame on them, absolutely not. We just want to look at things with them so we can figure out together how to operate more efficiently. We’re seeing the benefits of that approach. We’re working towards smart shipping,” says Theo.

Ships are built to last 30 years, but in today’s world that raises complicated questions. Theo calls it “the biggest dilemma in shipping”. “Start designing a ship today and it will be three years before it’s commissioned. That’s 2022, plus 30 years. That takes us beyond the year 2050. The question is: how do we prepare our ships for such a long period of service? We have to think hard about interim adaptations. We gave this a lot of thought with the Egbert Wagenborg and positioned its superstructure at the front, so now we’ll be able to adapt the propulsion system in the stern without dismantling the entire superstructure first.”

“We’re assuming that we will be operating the existing fleet for years to come. We’re not just going to retrofit ships, take out their engines and put in something new. The technology isn’t advanced enough yet. So we still have a lot of time to fine-tune our current fleet and figure out how to operate it even more efficiently to reduce our carbon footprint. That’s what we’re doing now with the new weather systems, routing systems and fuel monitoring systems that we’ve installed on board, and with our new approach to navigation.”

Lower power output, greater efficiency and smart shipping have been the keys to success for Wagenborg so far, with the Egbert Wagenborg as a prime example. “The EasyMax shows how our sustainability, operational and commercial aims have converged. It’s only logical that we recently ordered a second EasyMax as we slowly prepare the Wagenborg fleet for the future,” concludes Theo.