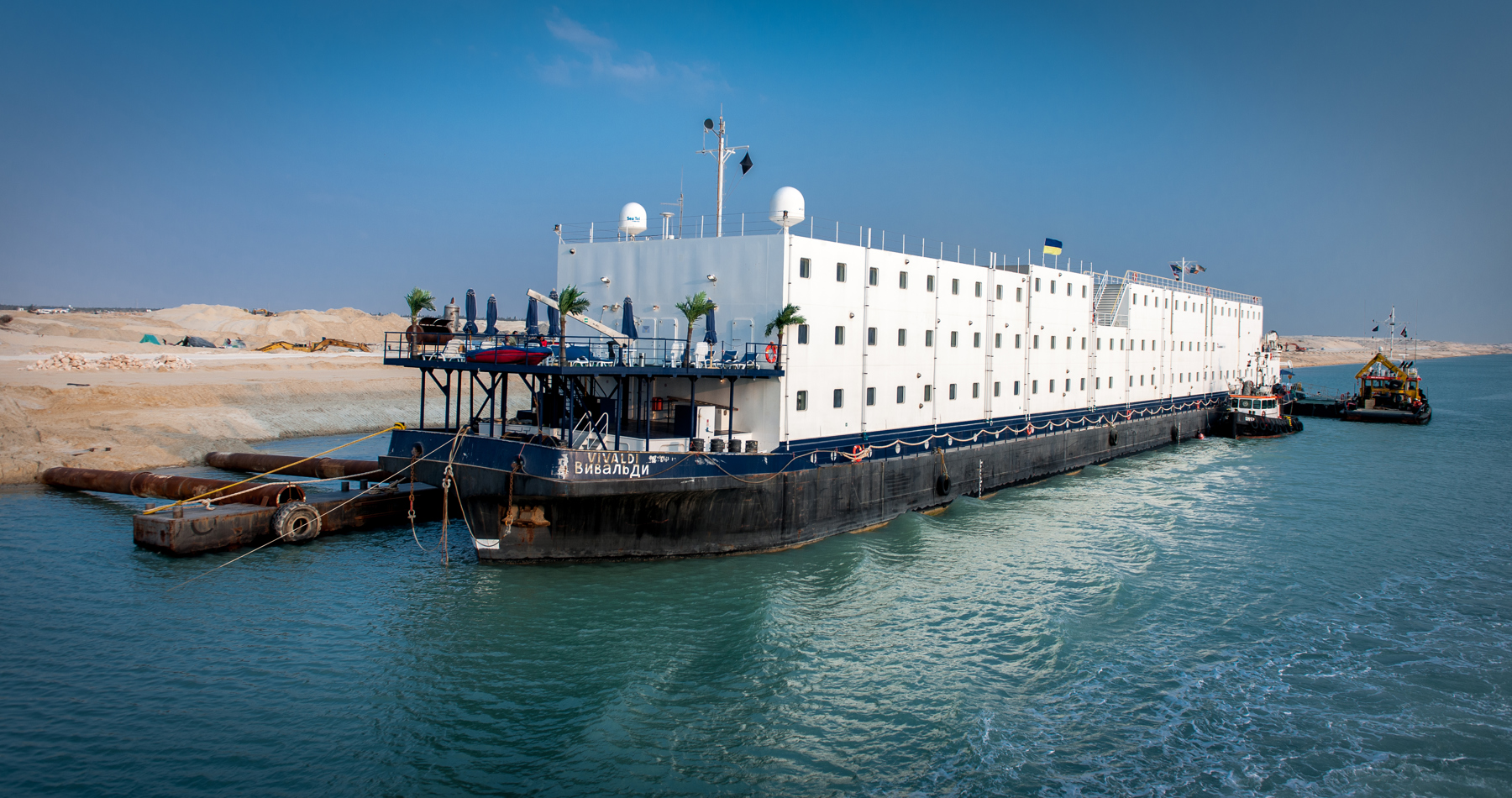 Wagenborg has acquired two major contracts for the prestigious expansion project of the Suez Canal. The first contract was closed with a consortium consisting of the Dutch companies Royal Boskalis Westminster N.V., Van Oord, NMDC (Abu Dhabi) and Jan de Nul (Belgium) and involves four accommodation units. The second contract was closed with DEME and involves another accommodation unit and one of our icebreaking multipurpose support vessels “Sanaborg”, which was built at our own Royal Niestern Sander shipyard.

The Suez Canal is one the world’s major shipping passages, as it connects Europe and Asia. The expansion project will consist of two different parts. First, a new channel with a length of approximately 72 kilometres will be created parallel to the current channel to enable vessels to pass each other in the future. Second, some existing sections of the Canal  will be broadened and deepened to a depth of 24 meters. The new Suez Canal is supposed to pass 97 vessels on a daily basis instead of the current 49. This entire project is considered to be the dredging project of the century, since the entire contact value equals 1.5 billion dollars. The dredging companies will employ 17 dredging vessels and about 1,100 employees.

We are proud to put a total of 5 accommodation units and an offshore support vessel into operation and be part of this major project. All units were mobilized to Port Said to start as soon as possible. The project commenced in 2014 and is expected to be completed in 2015.

Wagenborg owns and operates several accommodation floatels with comfortable cabins, together with recreational spaces, offices, workstations, and meeting rooms. All floatels are suited for duty in sheltered waters, ideally moored alongside a berth or quay. These units can potentially be used at onshore and offshore construction sites, projects with changing accommodation requirements, or as staff accommodation housing: perfect for the Suez Canal expansion project.

Our floating hotels have a shallow draught and can be used to accommodate personnel on projects in more remote areas or where existing shore accommodation is not available due to economic or safety reasons.
Having accommodation close to a working area or construction site is essential for keeping costs within budget in large-scale projects. Deploying our comfortable floating hotel close to an onshore or offshore working area means more productive hours and less travelling time for the workers. Moreover, our floatels have a minimal environmental impact and limited infrastructure requirements.