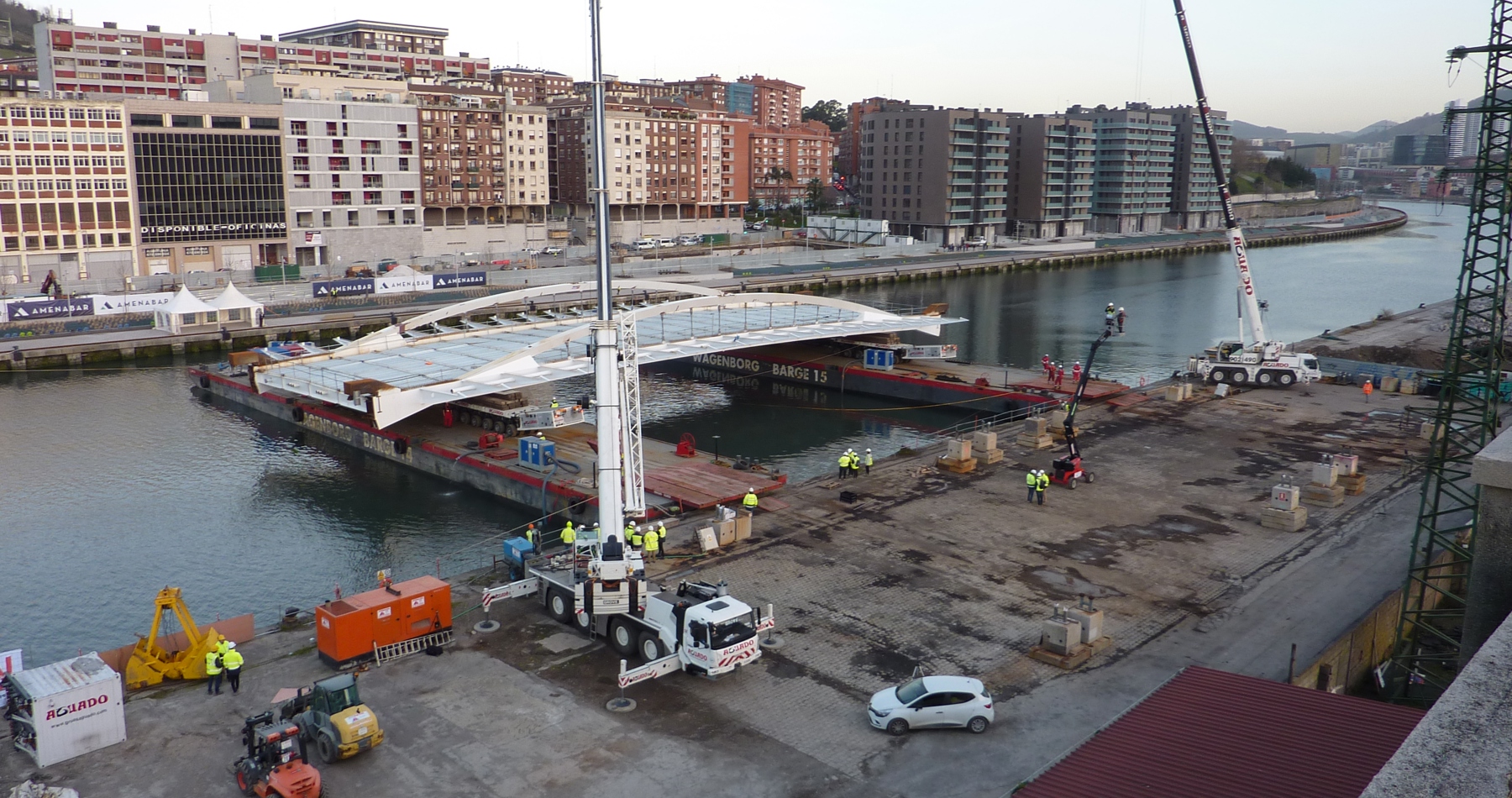 The pontoons were equipped with RoRo ramps, so the bridge could be driven from the quay onto the pontoons with SPMTs. With ballasting, the crew kept the pontoons constantly at the same height as the quay. With the help of the tide, the load-out could be done within an hour.

The next day the installation was planned. With the winches onboard, the crew managed to rotate and manoeuvre the pontoons in the small canal into the right position just before the final position. Then they had to wait for high water, so the bridge could be sailed in between the pre-installed abutments of the bridge.

The 365-ton bridge section acted as the only connection between both pontoons. Project manager Wouter Siemerink: “That naturally requires close coordination. And the tides also demanded additional steering art. Fortunately, we have an experienced crew. Half of them were at Barge 14, the other half at 15. They did very well.”

Precisely to the right place

With the successful operation, the Zorrotzaurre district - a former industrial estate - has now another connection with the rest of Bilbao.