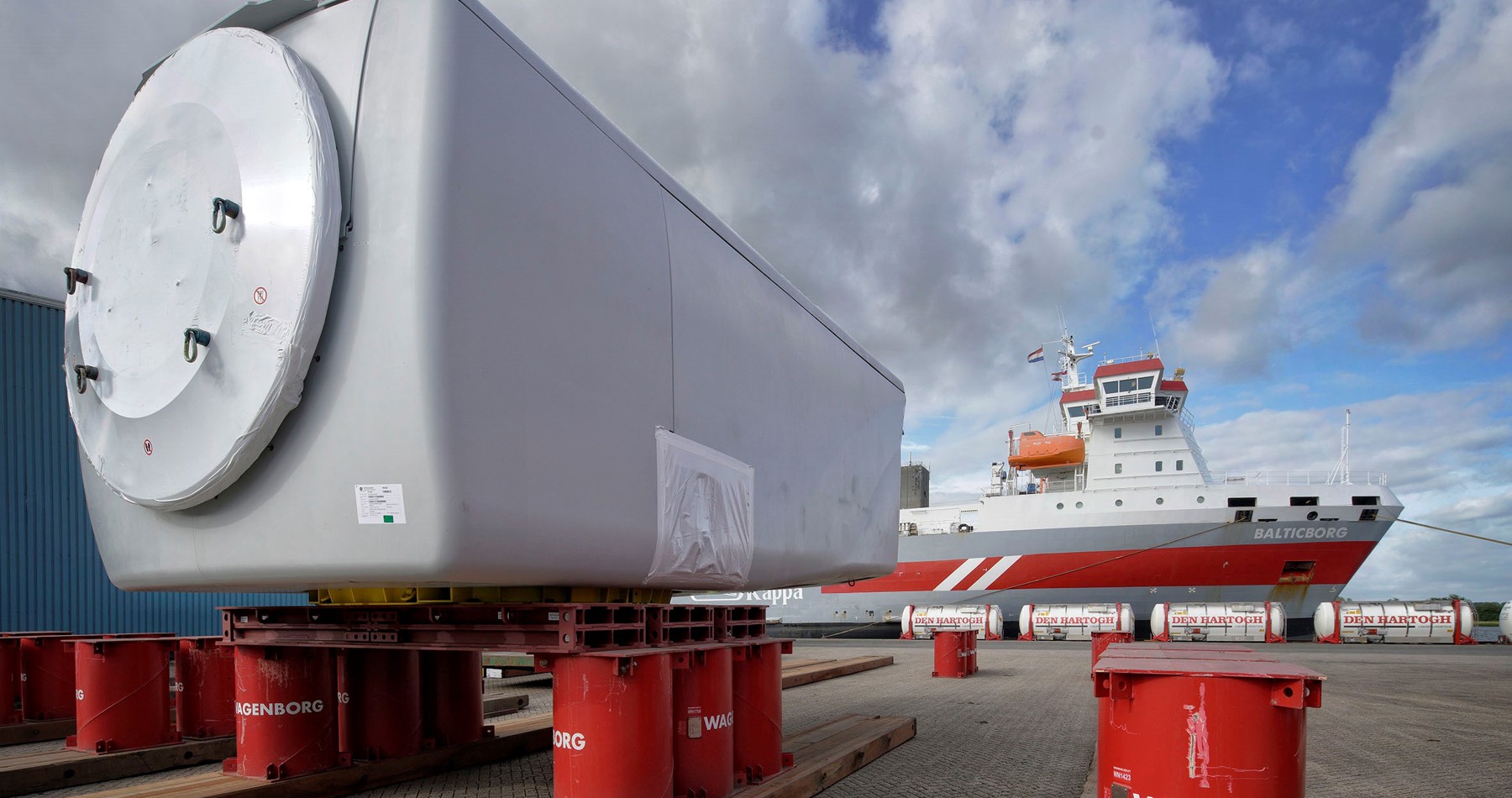 Wagenborg Shipping Sweden was awarded a contract with General Electrics for the transport of several wind turbine components between Terneuzen and Piteå. The shipments is part of the Markbygden project which is, once it is completed, a windmill park consisting of over 1100 wind turbines just outside of Piteå.

A total of 60 nacelles and 60 hubs have to be shipped over a period of 11 weeks during the summer month. In addition to these hubs and nacelles, at least 60 trailers, three big crawler cranes and with multiple mobile cranes and other construction units have to be shipped.  Each nacelles weigh over 100 ton and each hub over 37 tons.

Wagenborg Shipping Sweden came up with a logistic solution in close cooperation with General Electrics, Bolk Transport, Wagenborg Nedlift and Niestern Sander. This solution, which has never been use before, enables the heavy nacelles to be loaded via trailers onto special built platforms on board the RORO vessels. In addition, the hubs are shipped on chartered 80 and 100 tons mafis.

All GE components are built in Germany and either trucked or barged to Terneuzen where they are being loaded onto the two roro carriers m/v Balticborg and m/v Bothniaborg. These B-class vessels are operated by Wagenborg Shipping Sweden AB and maintain a liner service between the ports of Haraholmen (Piteå), Bremen, Sheerness, Terneuzen, Cuxhaven and Södertälje.

So far we have executed successfully four shipments. It is great to see how General Electrics, and all forwarding companies related to General Electrics, confirm the huge potential of the Wagenborg liner service both northbound as southbound.